The 4-star award-winning Sandymount Hotel has been run by the Loughran Family since 1955, celebrating over 67 years as the Largest Independent Family-run Hotel in Dublin.

Sandymount Hotel is a hidden gem, located between the beautiful leafy suburb of Ballsbridge and the seaside coastal village Sandymount, known for its long and breezy beach, Sandymount Strand. Sandymount is a favourite spot for walks along the seafront with views across Dublin Bay. The village of Sandymount is renowned for its boutiques, restaurants, and gastropubs.

Just a short leisurely stroll to Dublin’s City Centre, Sandymount Hotel offers you a peaceful oasis in the hustle and bustle of Ireland's capital city, with beautifully landscaped private gardens, and plenty of relaxing corners such as our little library or Herbert Suite to unwind after a day exploring and discovering Dublin.

From humble beginnings as a  4 bedroom Guesthouse in 1955, Sandymount Hotel was awarded 4-star status by Failte Ireland in 2017 after an €8 million refurbishment including the upgrade of bedrooms, Line Out Bar, Whitty’s Restaurant with outdoor terrace and 4 naturally lit meeting rooms.

The Warmest of Welcomes Await You

*Complimentary Parking is on a first come first served basis with approximately 100 spaces. 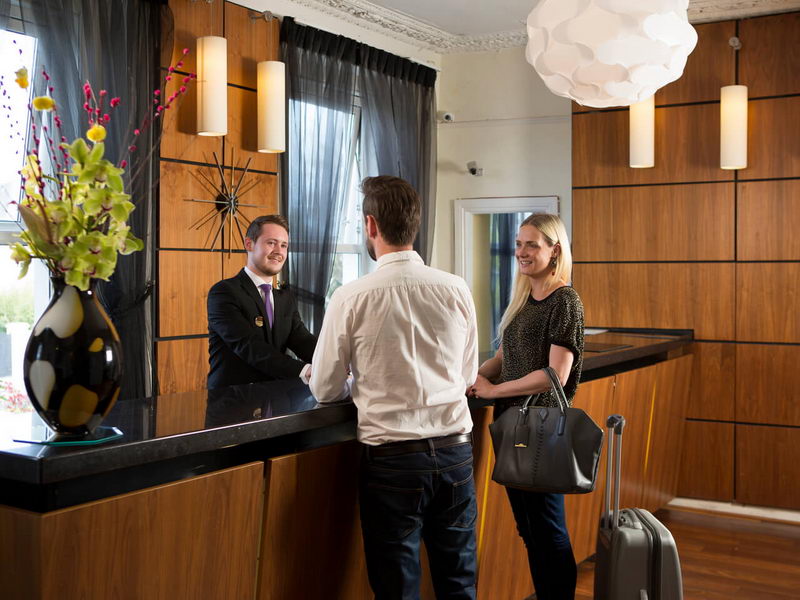 FREE WIFI for all residents and visitors.